IGGY PECK, ARCHITECT tells the story of Iggy whose dreams of building buildings started while he was still in diapers – or out of them because he was building with them – which was not at all well received by his mom. Iggy liked to build out of the most unusual things, even “pancakes and coconut pie.” But, the real dream-buster happened for Ig when he went to school. His teacher, Miss Lila Greer, just wouldn’t pay attention to Ig’s unusual talent and desire for building things. “On the very first day, she had this to say. ‘We do not talk of buildings in here!’” Everything changed when one day on a field trip, a bridge collapsed and trapped Miss Greer and her class on a small island. Ig came to the rescue using his leadership and building skills to the fullest. From that day on, Miss Greer’s way of teaching completely changed. No longer did she ignore special talents or let her own fears and experiences stand in the way of her students’ dreams.

It is so, so important that your child’s special talents and interests come to light and are encouraged – at home and at school. For some children, their talents are easy to see quite early. For others, they develop more slowly with a lot of trial and error. One day you are sure they are going to be a baseball star, and the next month they only want to think about all things bugs. 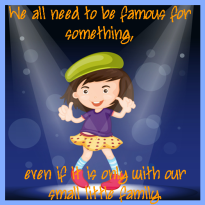 Darling Daughter:  Ezzy has been a slow bloomer. She is for sure a “sampler,” and as a parent I like that she wonders about everything. I do, however, sometimes get into “comparing” and worrying that she is not as determined about any one thing as other kids are.

I really have to take a step back and do a reality check when I feel that way. E is 11. There is PLENTY of time for her to settle in on a special interest.

When I look at my own experiences, I need to compare it to today – everything is so much faster now than it was then. Kids start things sooo much sooner then they did 30 years ago (Now I sound really old! <g>).

When I was E’s age I was just starting T-ball and Brownies. (That was the first level of Girls Scouts back then.) E was considered late to the party when she didn’t start playing softball until 9 – the girls were past t-ball and were pitching already. The year E started she had to learn to hit a ball pitched by her teammate. Yikes! Talk about being behind the curve!

Girl Scouts was the same way. E started when she was 8, and the girls had already been together for 3 years as “Daisies” (Now the level before Brownies.) Kids start playing soccer at 3! In 20 more years the kids will be signed up before they can even walk!

I didn’t start playing basketball until 6th grade and that year really didn’t even count, since I was such a great bench warmer that year. But, even with a late start, I was proof that when you find your special interest (no matter what age) you can still soar.

I was noticed by several colleges when it was time to move on from high school and ended up playing in the college of my choice. Yet, I worry today that things have changed. For our example, in our schools, you can’t play high school volleyball unless you have been playing year-round club volleyball for years prior to high school – you just don’t make the team.

But, even though the opportunities may be dwindling, I still believe that if the determination finally shows up, the opportunity will knock. No matter at what age it happens.

Yours is not the only story that supports your belief that kids can be successful at using their special talents even when they are late to develop them. Sports history is loaded with them.

Another thought is that E may not have settled on a sport or a musical instrument, but maybe she has special talents as an “explorer”  – someone who is willing to try things out to see where it takes her. That is sort of what Columbus did when he started out to go around a world that everyone thought was flat.

Or, maybe she is a talented “researcher” who reads a lot of facts for her school papers and projects but also likes to “do” a lot of different things as a way of gifting things out about them. This is what I mean when I suggest that to find a child’s talents we need to look at some clues that might not be real obvious.

When children are young, they may not be aware they have special talents and interests. They need teachers and parents to see those talents in them and point them out – and provide opportunities for them to develop those talents. 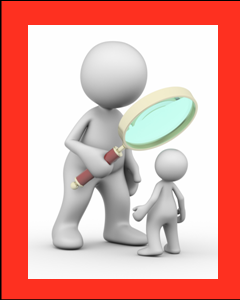 What does he have the most fun at? What types of questions does he ask? How does he play with his toys? Does he turn them upside down, pretend they are things they are not, take them apart? All of these things you see about him can lead you to learn about his special talents and interests.

What can you do about your child’s talents? What if your child’s dreams don’t come true? Don’t miss these questions in our next posting on May 1.